Relocalization: Plan B for a Sustainable Future

How many of you think that we're headed in the right direction today; that we're on the proper course; that you're happy with how things are working out overall? Thinking about our current situation from a different perspective, how many of you think that doing even more of what's brought us to this point--and doing it even faster--is a good idea, or has a chance of succeeding when it hasn't worked previously? Do you realize this is the only response being offered by mainstream politicians and economists?

Let's think a bit about where the overall direction Business As Usual is actually headed. Industrial growth means more production, consumption and pollution. This has lead to eco-catastrophe, militarism, inequity, growing poverty and famine. It seems to me it's time to admit that what we're doing isn't working; that the costs of infinite economic growth outweigh the benefits.

We can't ignore global crises as if they have no affect on policy and regulation in Arizona or that these crises are irrelevant to the decisions made by the Arizona legislature. We must also admit that when the crisis is systemic, so must be the response. But when the crisis is systemic, a very valid question is, Where do we start with the response?

Well, we start everywhere. Pick a point, and start doing what's necessary. But in order to ensure success, the response must be based on a systemic framework--a new paradigm if you will--to build upon to ensure the pieces fit together and support each other. The willy-nilly manner in which we attempt reform today often acts at cross-purposes and we must guard against that. Plus, reform really only serves to keep the underlying broken system in place.

The systemic alternative is known as relocalization. The overall project of relocalization--to becoming truly sustainable--can be seen as a shift to an Ecological Democracy. Some of the major concepts underlying this were detailed by Roy Morrison in his book of the same name almost two decades ago. It is conservative from the perspective of requiring a revitalization of democratic fundamentals and a return to fiscal responsibility. It is radical from the perspective that it seeks to transform the industrial imperatives of production and consumption, profit and power.

An Ecological Democracy challenges economic determinism. It shifts the focus to community and democracy, and away from the power of markets and centralized government plans. An Ecological Democracy helps us realize that we are no longer denizens of a sensuous living world, but have been turned into customers at a theme park called America, Incorporated.

The negative consequences of industrialism have been rationalized as "externalities" as if the poisoner didn't intend the death of its victims. An ecological society is free, but in the context of responsibility and self-management. We must also understand that we can't build eco-islands surrounded by the toxins of industrialism. We must not only think globally and act locally, but we must sometimes act globally as well.

A political democracy can not exist without economic democracy. The human needs of the majority cannot be subservient, they cannot play second fiddle, to the narrow and selfish economic desires of the minority. Community values and the manner in which we protect and equitably share the benefits of the commons in a sustainable manner are central aspects of an Ecological Democracy.

We must also be careful not to throw the baby out with the bath water as we build a replacement for the Industrial Growth Society and its dependence on economic cannibalism. There are positive aspects that tend to be associated with capitalism, such as the entrepreneurial spirit, innovation, even its somewhat limited ability to spread the wealth around. These aspects must continue to be nurtured, but in balance with the healthy environment our personal, community and economic health depend on.

We must shift our focus toward becoming better, and away from blindly becoming bigger. We must realize that we don't need the carrot and stick of material accumulation for fulfillment within a dog eat dog competition that takes place in a cruel and heartless world where the elite look out for our best interests--because we're not capable of doing so ourselves. The unwavering quest for profit and growth is not required to encourage and support innovation, it is only required in a debt based economy that expands infinitely in defiance of the laws of physics for no other purpose than making interest payments.

In the current economy, Americans have lost about a third of the value of their homes and their retirement plans. Personal income peaked in 1973, fell by about $2000 dollars between then and 2000, and then fell another $2000 between 2000-2008 under BushCheney. Of course, the economic growth that did occur during this time frame allowed the top 1% to double their already obscene wealth. And it is obscene, as well as immoral, because they have stolen this wealth from us, our planet and our children's future. It was not been "earned," even under the loosest possible interpretation of that word. It was originally appropriated by the state and given to private interests for private benefit with a very minimal percentage of the profit returned to the state. And even this was further undermined by tax breaks, exemptions, and taxpayer subsidies.

The role of a state legislator is more than just raising revenues and earmarking disbursements. This is an extremely limited outlook that shirks their basic responsibility to protect the commons that our communities and local economies depend on for their health, vitality and resiliency. It woefully underdetermines what is necessary for improving quality of life. While the state legislature can't "solve" the crises of catastrophic climate destabilization, dwindling and more expensive energy supplies, and the takeover of our democracy by elite special interests on their own, at the very least they could quit making them all worse.

We don't currently have a realistic or evidence based Plan B. We're just assuming that we can continue on our current path, and don't want to admit that it's leading to the edge of a very high cliff. Cheap energy supplies are running out, our infrastructure is crumbling, and our education system isn't preparing us for a future where the only certainty is that it will not look like the past. Focusing our educational system on creating better test takers is not going to help. As Paul Krugman recently pointed out, as cities turn off their lights and grind their roads into gravel, we now find ourselves stumbling along an unlit, unpaved road to nowhere.

We can define a goal--a sustainable future--as our Plan B. We can adopt a process to head us there--relocalization. But if we don't know where we're going, we will end up somewhere else. And just about every qualified analyst who takes an honest, objective look at our rapidly converging crises says our future is not going to be pretty if we don't change direction. Mad Max could become an optimistic scenario.

We may not be able to engineer a completely soft landing, but the possibility still exists that we could at least keep ourselves from a hard bounce off the bottom as we start helping our environment heal, recharge, and replenish. And this can only occur through relocalized steady-state economies that become resilient by increasing diversity and decreasing the waste of a throw-away society that is efficient in little more than transferring wealth from the many to the few.
Posted by Dave Ewoldt at 5:01 PM No comments: 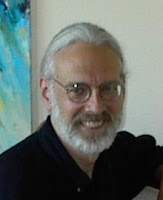